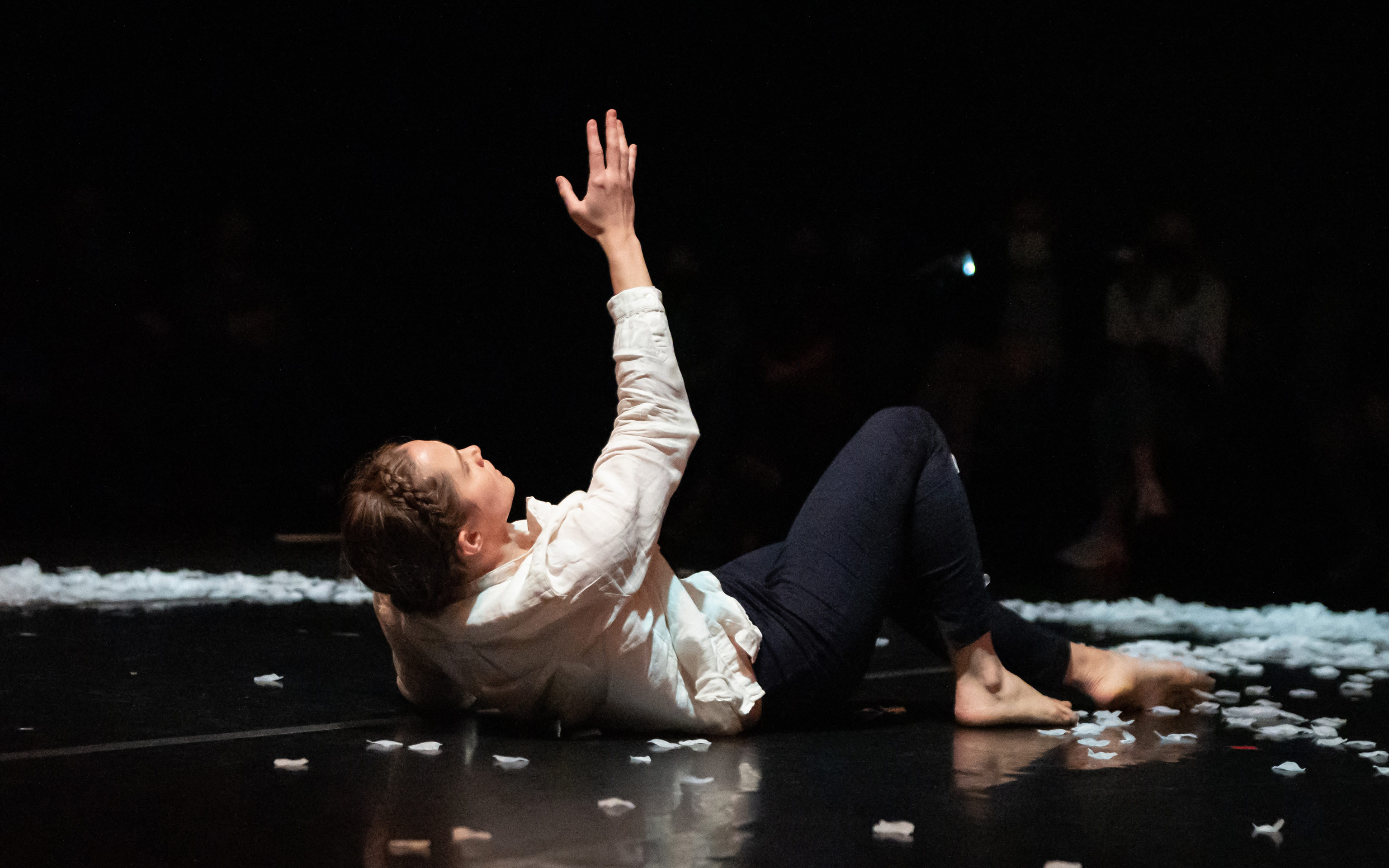 With light resembling a moonlit sky, Ghost Pipe is a solo work featuring the ceremonial placement of flower petals resembling the circular Enzo of Zen Buddhism. From an inverted position to rhythmic swimming across the floor set by a repeating piano note, slowly, the soloist transforms. Serene in its sentimentality, the soundscore layers itself with the thick hums of ethereal voices and a singular trumpet. The dancer floats within this blanket of sound, grounded in continuous swirls and the precise articulations of the movement. From the floor to large sweeping movement and small rhythmic vibrations, Ghost Pipe is a meditation on Power and Flow. Just like a fleeting movement of spiritual clarity, as the final swell of the soundscape resolve, so too the dancer returns to the ground in a final fade-to-black.

Monotropa Uniflora (aka 'Ghost Pipe') is a sacred plant associated with the spiritual process of death and rebirth. It is a species of flora that lacks the necessary chlorophyll to produce energy from sunlight and derives its energy from decaying matter. The 'Ghost Pipe' spends most of its time underground, only blooming once a year on a waxy delicate pale flesh, easily bruised when touched. Containing several medicinal properties, the Ghost Pipe is antinociceptive, increasing our ability to sit with the discomfort from pain.

This work is both medicinal and spiritual.

Pedestrian clothing of linen and jeans, and mid-length dress